He took the dog for long walks and car rides. When the dog was sick or anxious he was the one who stayed by his side.
Einstein looked from one to the other, back and forth. What was a dog supposed to do? He eventually became confused and bored. He began sniffing the carpet. The dog took a stand, so to speak, and lay down right where he was without approaching either owner, face in paws. They all waited. Einstein finally lifted his head, glanced at each adversary as if to say, “What are you looking at me for? Don’t make me choose.”
The couple gazed at the dog then at each other. The reality of their pettiness left them momentarily speechless, then ashamed. They still loved each other and their dog, what were they thinking? Einstein knew what was best as he gave his most exasperated look to convey his message. The couple simultaneously murmured apologies as they ran to the center of the room and embraced. With his mission accomplished, the dog rolled over on his back with his legs up in the air, head to one side, as he released a satisfied SIGH.
No EXIF information is available
© Gloria Yarina, Photographer 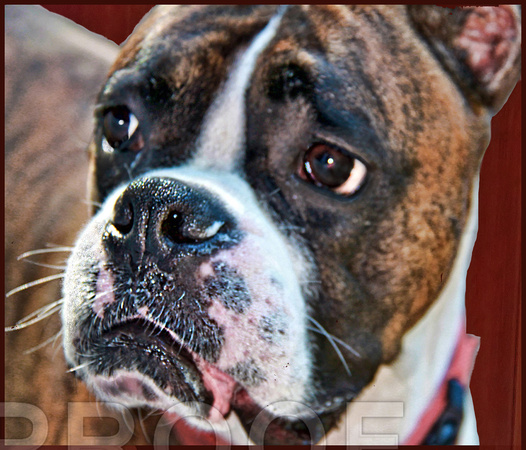