58 LBD (not your Little Black Dress)

LBD (not your Little Black Dress)
Opposites play a huge role in our lives. Oddly enough, they provide balance. To laugh and to cry, movement and meditation each create stability similar to right and left, up and down. Well you get the idea.
We named our black Rottweiler, Betty White, but we call her Whitey. Walking her outside in daylight hours versus the night parallels the yin-yang philosophy.
To illustrate:
During the day I stroll with Whitey on the sidewalk outside our community walls. When people head toward us I smile with pride as if I whelped this beautiful girl from my loins. Whitey smiles too and wags her tail in hopes of a stranger’s admiration and a pet. Unfortunately, they make a huge arc to avoid any contact with us and we both endure the rejection. My heart breaks as a faint whimper exposes Whitey’s disappointment. She adores attention from people and other dogs. Because of her outward appearance (large black dog, AKA-LBD) most are afraid of her. When someone seems the least bit interested I volunteer the fact that she’s friendly. Unless they house big dogs of their own they rarely interact with Whitey. On rare occasions I contemplate that maybe it’s me they fear. Do I look crazed? I never brush my hair in the morning. I wear any clothes off the floor when the pooch is in a rush to go out. Nah has to be the menacing Whitey, not me. On the flip side, walking her at nighttime with just streetlights as our friends I’m delighted when passersby dodge any contact with us. My husband tells me that I shouldn’t worry about my safety while in the company of a dog that looks as intimidating as Dwayne “The Rock” Johnson. (I wouldn’t mind walking the streets with The Rock).
No EXIF information is available
Gloria Yarina 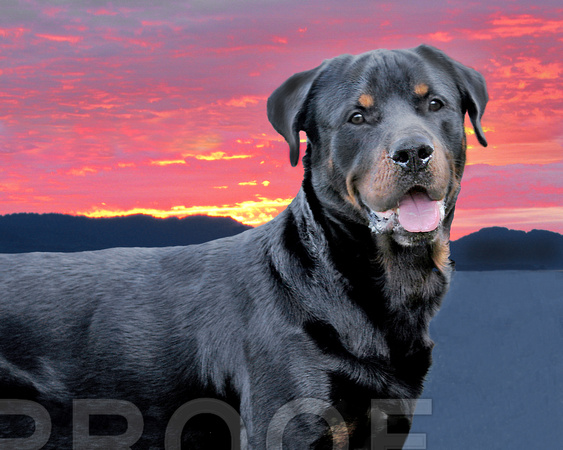