The night makes everything look scarier, even Whitey. Our neighborhood is decent, but I’m untrusting by nature. I’m torn between the fear of what skulks in the shadows and Whitey getting the attention she craves.
One night we were on our way back home from a walk to the park and a slow runner came up from behind us. Whitey got between the jogger and me and growled softly, her protective reflexes evident. When he noticed that Whitey had a bead on him, the jogger made a wide detour away from us. That was the moment I resolved my paradox. I now rely on Whitey’s instincts. Dogs sense good from evil. One look from Whitey and an invisible force field surrounds us that’s not to be penetrated by the unknown. That’s hot, right? Or is it cool? Well anyway, IT ROCKS!
No EXIF information is available
© Gloria Yarina, Photographer 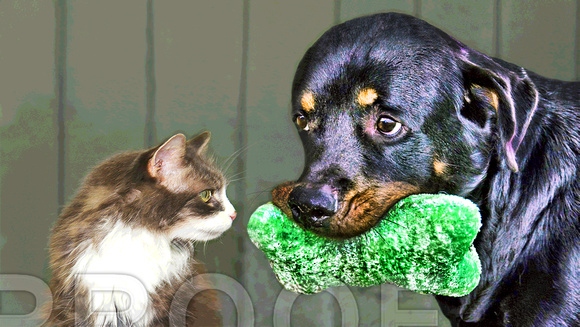